The Erik Foundation will aid economically disadvantaged military veteran and civilian families by breaking the cycle of hardship through which these families struggle to support themselves and their children. The Erik Foundation is in its initial campaign, where we partner with philanthropic donors that support our initiative in becoming a self-sustaining foundation. We need your help! We have huge aspirations and are eager to help people in need. Read about our mission and goals and consider making a donation for our campaign. It's an investment in us and a validation of the light we want to make happen. We want to hear from you, too! Click on Contact and let us know what you think! Thank you...we can't do it without your help.

The Foundation intends to produce and sell products in the “Erik” character series and to produce media presentations that will promote significant licensing opportunities for the products. Generating enough income to sustain the Foundation indefinitely is a top priority. 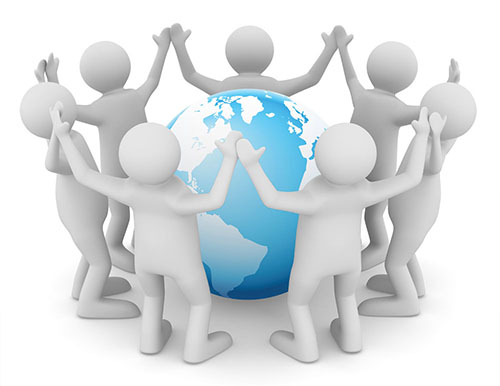 Partner with charities/organizations to provide transportation, housing, education, life skills, and medical care with an emphasis on helping PTSD sufferers

We intend to measure success in terms of how many people are helped through our efforts and programs.

Board games, toys, children’s books and the power of licensing

IBISworld reports that the children’s book publishing industry generated $2 billion in revenue in 2017 and has grown an average of .9% annually for the last 5 years. (7)

In 2016, npd.com reports that 52% of all licensed product purchases for children up to age 14 were driven by the child’s request. (8)

In 2016, npd.com reports that 29% of all licensed products were bought for kids ages 3 to 5, making this age group the primary driver of licensed unit sales. (9)

In 2013, Disney alone generated nearly $41 billion in global retail sales of licensed merchandise based on characters (11)

Why The Erik Foundation is needed

Suicide rates (measured as number of suicides per 100,000 individuals) for active (in this case, active duty, Reserve and National Guard) service members are higher than rates for Americans in general. The rate for all Americans in 2013 was 12.6 (A); for all active service members, the rate in 2013 was 18.7 and ranged as high as 23 for members in the Army or Marines (B). From 2000 to 2010, suicide rates for both civilians and veterans both increased, and were higher than expected, with evidence that veterans that utilized Veterans Health Administration services had suicide rates that were lower than expected (C). A conclusion that we draw from these statistics is that if veterans are able to make use of services offered by VHA services, they are less likely to commit or attempt suicide. A related conclusion that we draw is that other interventional and/or support services might also lessen the chance of a veteran committing suicide.

If we can get veterans to take advantage of VHA and other services, we can help decrease suicides in veterans.

Even though our dreams about what we can do and where we can do it are huge, the need exists everywhere as veterans and people below the poverty level in general tend to be underreported in all locations. We intend to provide a complete range of services as described, but we will start out with some programs of limited focus in terms of services and our areas served.

Our very first program will involve addressing the clearly identified transportation gap and the ability of our intended beneficiaries to obtain the benefits of services by ensuring that they have the ability to get to service providers. We will implement other programs as funding permits and need exists.  (A, B, C)

How will we measure success?

We intend to measure success in terms of how many people are helped through our efforts and programs. Our initial program will be to help fill the transportation gap that people face in gaining access to support services and training. A primary statistic will be the number of rides provided in this program. Gathering the number of rides provided on routes which do not now exist will be simple. We intend to gather other statistics relating to this program through survey of those using the services. Potential metrics to be gathered and analyzed are the number of appointments kept, miles traveled, outcomes of training and education (e.g., credentials awarded), career-related events attended (e.g., job interviews, career fairs, etc.) as well as others. Data analysis will allow us to refine our collections methods and to identify more meaningful metrics with which we can track and measure our success.

In other cases, we will use funds to aid recipients participating in programs offered by partner agencies and organizations. Primary success in these efforts will be measured by the number of people enrolled in these programs. Other measures of success will be highly dependent on how the agency or organization measures their own success. We intend to use judgment to determine which outside programs have the highest potential to provide positive outcomes and also intend to partner as often as possible with organizations that provide proven positive outcomes.